What Is the Law for a Cannabis or Marijuana DUI in Illinois? 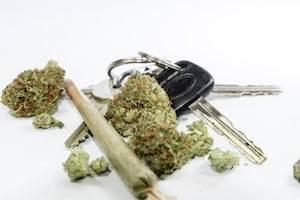 The DUI laws in Illinois have changed for cannabis and marijuana impairment over the years. As of 2019, a person can be charged with driving under the influence of cannabis in Illinois in two different ways.

It is important to have a knowledgeable Wheaton DUI attorney review your case if you have been arrested in Illinois for DUI cannabis. Ramsell & Kunowski, L.L.C. is highly qualified to defend anyone in Illinois charged with this offense. Call us at 630-665-8780. 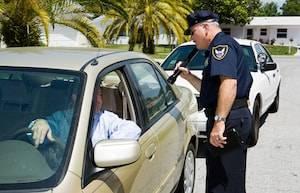 Police officers in the suburbs are often overzealous in stopping people for alleged infractions. For example, it is quite common for someone to get stopped while driving at night for supposed traffic infractions that would not get a second look during the day, such as speeding five mph over the limit, failing to signal, or general equipment violations. If you are pulled over and then accused of DUI, the basis for the stop itself is a major determining factor for the rest of your case!

Dating back to 1968, the United States Supreme Court has held that a brief, non-custodial traffic stop is a considered a “seizure” within the meaning of the 4th Amendment to the US Constitution. The 4th Amendment says that “The right of the people to be secure in their persons, houses, papers, and effects, against unreasonable searches and seizures, shall not be violated, and no Warrants shall issue, but upon probable cause, supported by Oath or affirmation, and particularly describing the place to be searched or things to be seized.” In plain English, a police officer needs SOME reason to pull over a driver based on an alleged violation of the law. The police need more than a “hunch” and cannot pull someone over simply because they are bored.

Simply put, a driver cannot be stopped unless an officer has a reasonable and articulate basis to believe a traffic law or other law has been broken. Similarly, a person cannot be seized unless a violation has occurred.

A stop can be illegal in a few ways. First, no violation of the law may have occurred in the first place. Second, the cop may be overzealous in thinking some activity is a violation of the law, when it really is not (i.e. improper lane use). Third, the time of the stop must not be overly long. Lastly, if someone is blocked in to a parking space by police and is not free to leave, an illegal stop and seizure may have occurred.

An experienced Wheaton DUI lawyer will go through every aspect of your case, including the supposed reason you were pulled over in the first place. If the initial stop of you or your car was illegal, the rest of your case may be thrown out of court! Please contact Ramsell & Kunowski, L.L.C. today to have attorneys with over 60 years of legal experience and analysis review whether or not the initial reasons a cop pulled you over were valid.

Anonymous Reports of Drunk Driving - How to Beat an Illinois DUI 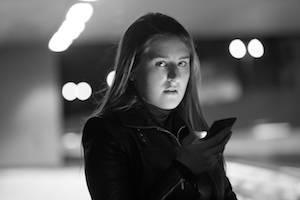 It is now a reasonable assumption that nearly every member of the motoring public has in his car some type of cellular communication device. Thus, someone with either good or ill intentions can contact 911 or law enforcement from their vehicle, in real time, to report an alleged drunk driver or to simply make trouble for someone with whom they have an ax to grind.

You may be even more surprised to learn certain policy and advocacy groups pay cash “bounties” to anyone who reports a suspected drunk driver. This includes groups like Drunk Busters, Mothers Against Drunk Driving, Alliance Against Intoxicated Motorists, and others. Some programs exist all year long, while some are only operational around major holidays like Christmas, Fourth of July etc.

An anonymous tip to 911 about a suspected drunken driver is sometimes, but not always, enough on its face to warrant law enforcement stopping the vehicle that is the subject of the tip. Typically, the tip must be so detailed as to support an actual sighting of erratic driving, accident, near accident etc. by the tipper, or the tip must be corroborated by another source or the anonymous source for some reason is known or believed to be reliable.

This is truly a dangerously fact-intense area of the law and is the topic of many controlling and persuasive legal case decisions. The point is, do not automatically accept that because someone made an anonymous tip about you, the police had reasonable suspicion to stop your vehicle. THE SMART THING TO DO IS CALL A DUPAGE COUNTY DUI DEFENSE ATTORNEY IMMEDIATELY, AS YOU NEED NOT JUST AN ATTORNEY TO GUIDE YOU, BUT THE TOP LAW FIRM IN DUI DEFENSE, Ramsell & Kunowski, L.L.C., LLC. You will be glad if you do and sorry if you don’t!

Illegal Traffic Stops - How to Beat an Illinois DUI 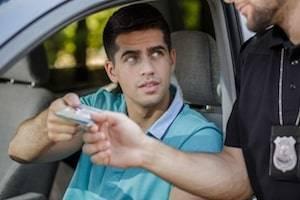 Weaving in one's vehicle within a lane without crossing any lines is not a violation of the law, and a police officer cannot stop a vehicle on suspicion of DUI for that reason.

So, for example, if you are pulled over for “Improper Lane Usage” – a petty offense punishable by fine only – but you never crossed over into another lane, then you have done nothing wrong. The police should never have pulled you over, and all the evidence should be thrown out in court.

Improper Lane Usage is a common reason for police to pull you over. Illinois requires a vehicle to “driven as nearly as practicable entirely within a single lane” and  “shall not be moved from such lane until the driver has first ascertained that such movement can be made with safety.” Nowhere in the law does it state that you cannot weave within the lane.

Attorneys at Ramsell & Kunowski, L.L.C. have had many cases dismissed in which the officer pulled the vehicle over for improper lane usage when the driver was only weaving. Judges will toss out a case because the police violated a client’s constitutional rights.

Attacking the stop is just one step in fighting a DUI case. A competent and knowledgeable Wheaton DUI attorney will know how to challenge this in court. Officers frequently believe they saw a driver go into another lane when in fact the driver never crossed anything. Call Ramsell & Kunowski, L.L.C. now for a free consultation of your case where we can discuss if the police had a valid reason to stop your car.

What Are Illinois DUI Sobriety Tests? 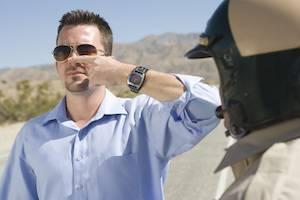 In Illinois, the police commonly give a person suspected of DUI a set of "tests" to measure their impairment. These occur at roadside--also known as the "field"--hence the term "field sobriety tests."

What Are the Most Common Field Sobriety Tests in Illinois?

The most common Illinois DUI tests in the field are the one-leg stand, the walk and turn test, and the horizontal nystagmus test. Each of those tests is described more fully in other blog entries. These three tests were developed by the National Highway Traffic Safety Administration (NHTSA) in the late 1970s and were implemented nationwide in the 1980s. These tests have strict guidelines for administration and interpretation, and a great Illinois DUI lawyer should also be trained in them so he or she can effectively cross-examine the officer and defend the driver. Donald Ramsell is a certified instructor in NHTSA sobriety tests. The other attorneys at Ramsell & Kunowski, L.L.C. also have training in this field.

Illinois DUI law does not limit the types of tests that an officer can give to a person. Some police still use old tests, such as the finger-to-nose test, counting backwards, or saying the alphabet. These tests have never been scientifically proven to be accurate.

For more information on this subject, please contact a DuPage County DUI defense lawyer at 630-665-8780. 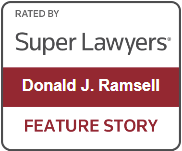