What Are the Look-Back Provisions in Illinois Law for DUI Criminal Cases? 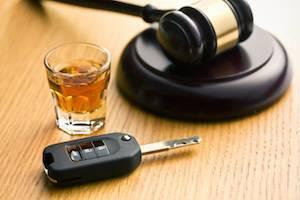 In Illinois, when someone is facing a DUI charge, it is important to know if he or she has previously been arrested for a prior DUI and what the result of that case was.  Unfortunately, in Illinois, prior DUIs do not go away, and the prosecutor can look back over the entire period of your life. This is unfortunate for many reasons.

First, it is always important to remember that there are two sides to a DUI – a civil portion and a criminal portion. The civil portion essentially refers to your driving privileges. There is a five-year look-back. So, when there is a prior DUI within in the past five years, you are no longer a first offender. So, if you are arrested for a DUI, and you refused chemical testing, you are now facing a three-year summary suspension, as opposed to one year, but WITHOUT the ability to get a BAIID. And if you did provide a chemical test, and it came back as one of the prohibited substances, then you are now looking at a one-year summary suspension, as opposed to six months, without the ability to get a BAIID installed. This can dramatically change how to approach your case. Call and speak to a skilled DuPage County DUI defense lawyer at Ramsell and Associates to start building a defense.

The criminal portion of a DUI is handled differently. Here, the prosecutor will look back over your entire life. So, if you had a prior DUI in the 90s and have been a law-abiding citizen ever since, the prosecutor can still put that prior DUI and use it against you during sentencing. This means that not only are you facing a criminal conviction, but you are facing a driver’s license revocation.

This also applies to felonies too. So, if you had two DUIs when you were younger in the 80s and have been a law-abiding citizen ever since, you are still looking at a felony DUI.