Can I Get a DUI in Illinois on a Bicycle? 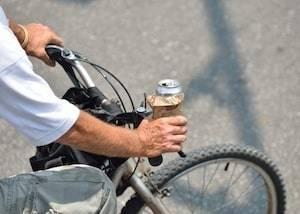 The short answer is not if the bicycle is powered exclusively by a human pedaling it. The best answer, however, is call your defense team at Ramsell & Associates LLC for a free no obligation, no cost legal consultation if you get arrested for DUI while on a bicycle or bike type vehicle.

In general terms, a bicycle does not meet the definition of vehicle in Illinois statutes, and therefore, you cannot get arrested for driving one under the influence.

However, some bicycles are now borderline mopeds or motorcycles. The most obvious examples are bicycles outfitted with loud unmufflered external engines that drive the wheels so pedaling is not necessary. More elaborate examples include expensive multi-speed bikes that sometimes include remarkably small battery powered engines that can silently power a bike without pedaling at impressive speeds.

Generally speaking though, you do not have to worry about a DUI on a bicycle so long as it is powered by an engine that generates less than one horsepower and is capable of generating speeds not greater than 20 MPH. Regardless, do not muddle through your situation alone, call the Wheaton DUI defense professionals at Ramsell & Associates LLC.