What Happens When I Get My 3rd DUI in Illinois? 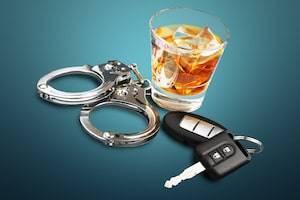 Generally, if a person is arrested for a DUI in Illinois for the third time in their lifetime, they can expect the following:

A good DUI lawyer can help often avoid some or all of these penalties!

There are two parts to every DUI in Illinois:

The first part of every DUI in Illinois deals with something called a Statutory Summary Suspension. A Statutory Summary Suspension is an up front driver’s license suspension mandated by Illinois’ Implied Consent Law and the Secretary of State. If someone is arrested under suspicion of DUI, Illinois’ Implied Consent Law says that if you are driving on a public road, you have already given consent to the cops to do chemical testing. A chemical test is most frequently a breathalyzer at the police station, though sometimes can be a blood and/or urine test. If you have not had a DUI or Statutory Summary Suspension within the past five years, the Secretary of State will view you as a “First Offender” for the first part of the case ONLY. If you are a “First Offender,” you are eligible for a permit from the Secretary of State to drive during this suspension. The terms of this permit include you having a breathalyzer installed in your car. You will have to blow into the breathalyzer to start the car, and every 15 minutes or so, the breathalyzer will make a loud noise at you. That loud noise means you need to blow in the breathalyzer again to keep your car on. While the breathalyzer is annoying, the permit itself does not have time, place, or location restrictions on where you can go. You can go to the grocery store, go to work, and essentially wherever you want.

You are entitled to have a hearing in front of a judge challenging this suspension. The challenge to the driver’s license suspension is viewed as a civil law proceeding, although it is tied directly to a criminal case. There are many legal ways to avoid this suspension entirely. A good DUI attorney will always file a challenge to your driver’s license suspension and do what it takes to protect your ability to drive without restrictions.

The second part of every DUI in Illinois is the criminal aspect of the case. A third lifetime DUI, whether the prior cases occurred in Illinois, another state, or some combination of the two, is quite serious. The State has the burden of proving you guilty beyond a reasonable doubt to a jury of 6 or 12 people from the community, like in TV and the movies. Or, you can waive that right and have what is called a bench trial. A bench trial is where a judge will be the one and only one deciding if the State has met their burden of proof on each and every part of the charge. The criminal charge of a third lifetime DUI happens in the same courtroom with the same judge as who was on the first part of the case.

The State must disclose all the evidence against you. The State discloses all evidence against you in a process called discovery. Discovery means that both sides to a case get to see all the evidence. There are no surprises. While the discovery process may be long and frustrating, it is important that a DUI lawyer reviews every possible part of discovery to look for issues since the stakes are so high!

If you are accused of a third lifetime DUI in Illinois, DO NOT go to court alone! Get an experienced DuPage County DUI attorney to go to court with you to protect your rights!