What Are My Options When Facing a 5th DUI? 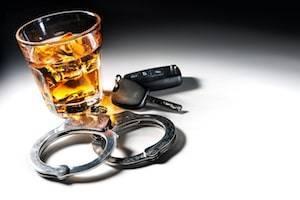 There are many ways to fight a 5th DUI. At this stage, the facts are much more favorable for the defendant. I say this because most offenders have learned NOT to consent to testing, or they have minimized the evidence the police may have. This already puts you at a legal advantage. So it is now more important than ever to get a good criminal defense lawyer who handles felony DUIs.

There are always two sides to every DUI – a civil and criminal side. While the civil portion stays relatively the same as a second offense, the criminal portion now becomes much more serious, as you are facing mandatory prison time.

First, it is important to note that it does not matter how old your prior DUIs are. The state of Illinois looks back over your entire lifetime. So, for example, if your last four DUIs were in the 80s and even from another state, Illinois counts them the same as if they happened just five years ago and took place in Illinois.

You are now facing a Class 1 felony. This is one of the highest and most serious of felonies in Illinois. If found guilty, you will go to prison, at minimum, for four years in the Illinois Department of Corrections. The maximum, depending on your criminal history, is 15 years. You will be required to do at least 50% of those years (meaning if you get 10 years, you will serve at least 5 actual years).

A fifth DUI is also non-probationable. That means the judge MUST sentence you to prison. He cannot, no matter how rehabilitated you are, give you probation. This is unfortunate for someone who might have had a difficult past and, except for this recent mistake, lived a law-abiding life.

If you are found guilty, a felony conviction will be entered, and your driver’s license will be revoked. You will, if given the opportunity, likely have a BAIID installed on your car for the remainder of your life. However, it will take many years to even get to the point where you will be able to drive again. A fifth DUI is also expensive. The range of fines is anywhere between $1,000 and $25,000.

There are options. There are many defenses. Police officers make mistakes. As a result, prosecutors, if convinced, will sometime reduce charges. Please do not wait, and contact the DuPage County DUI defense lawyers at Ramsell and Associates immediately to get started. Since a 5th DUI can result in severe penalties, you will probably have to fight it tooth and nail. Every little detail matters. Being found guilty of this type of offense is life-ruining, so do not delay in contacting an experienced attorney.