Is There a Lookback Provision in Illinois Law for DUI Suspensions? 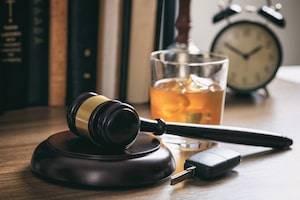 Far more importantly, a legal example of that permanence is the look back period for a DUI charge in terms of criminal law. In the state of Illinois, it matters not that you received a charge of DUI in 1979 and then in 2019; the DUI arrest in 2019 still “counts” as DUI arrest number two, no matter how long ago the first charge accrued. Even though you probably were young and foolish back then and may have even owned a cool pony car, it still “counts”. Forever. Really.

The good news is that on the civil side of a DUI arrest, referring specifically to a summary statutory suspension of an accused DUI driver’s driving privileges, the lookback period is NOT forever, it is only five years. More specifically:

The simple answer is YES, five years have to have passed from a prior DUI to be eligible in Illinois for driving relief during a period of summary suspension through the BAIID/MDDP (interlock device) program. Stated more precisely...

REGARDLESS, THESE ARE INTENSELY FACT SPECIFIC SITUATIONS, SO DO NOT TRY TO SORT THIS OUT YOURSELF. CALL YOUR PREMIER DUPAGE COUNTY DUI DEFENSE LAWYERS AT Ramsell & Kunowski, L.L.C. 630-665-8780 IMMEDIATELY FOR A FREE, NO OBLIGATION ATTORNEY CONSULTATION!