Can I Get a First Time DUI Expunged or Sealed in Illinois? 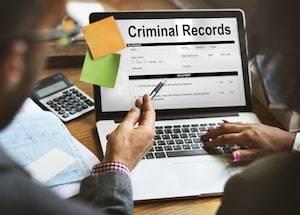 Despite recent revisions to the Illinois Expungement and Sealing laws, there are limited circumstances in which someone can expunge or seal a first time DUI.

First, to “expunge” a first time DUI means you must actually go and do something after the case is done. That “something” is filing a petition to expunge with the clerk of the circuit court and give notice to law enforcement agencies. The court record will simply not disappear on its own, even if you win at a bench trial or a jury trial. After a waiting period, if no one objects, a judge may issue an expungement order to destroy the court file along with any other arrest records. The term "may" is used because expungements are always discretionary by the judge and are not mandatory.

One interesting provision in the Illinois Expungement and Sealing laws is that IF someone is under 25 when the DUI occurs and is able to convince the prosecutor to reduce the charge to reckless driving with court supervision, the person is eligible to apply for expungement once they turn 26 years old. A competent and experienced DuPage County DUI defense attorney will explore this possibility with any client who is under 25 years old. This is HUGE! If someone has major career aspirations and makes a one time mistake under the age of 25, this special provision in the expungement statute is quite appealing!

If you plead guilty to a first time DUI charge, it is impossible to get the court record expunged. However, it may be possible to get the court record sealed. More often than not, however, the only way to ensure a first time DUI is eligible for expungement/sealing is to take the case to trial and win and/or convince the prosecutors to dismiss the DUI itself based on the weakness of their case.

Not all hope is lost! It is entirely possible to make it through a first time DUI with zero jail time, zero criminal conviction, and with the case being dismissed as a result of good behavior! Contact Ramsell & Associates to discuss expungement/sealing and ultimate dismissal of a first time DUI charge!